The most common poke-checking situation involves an attacking player moving forward and a defender skating backward. The rushing player’s aim is to get around the defender to take a shot or make a pass. By poking the puck off the attacker’s stick, the defender can disrupt the rhythm of the attack or cause a turnover. But the offensive player isn’t going to simply present the puck to allow the poke check. Instead, the attacker will either try to keep the puck out of range or will use dekes or dangles as a way to make the defender commit to a failed poke check that can leave him off balance. If the defender overcommits without getting the puck, the rushing player has the advantage and can use his forward momentum to get around the defender. Practice these strategies to improve your poke check, and your game.

The first rule of a good poke check is starting with a proper hockey stance, with the feet shoulder width apart, the knees bent, and the player’s weight slightly forward, over the thighs. From this position, the defender can move quickly in either direction to intercept an attacker. If the defender gets off balance by reaching too far in front of himself during the poke check, he cannot react quickly to either side. It can be tempting to lean into the poke check to increase the range of your stick, but the risk outweighs the rewards. If you get caught leaning forward, the attacker might blow right past you.

Lure Your Opponent by Holding Your Hockey Stick Close

Instead of overreaching with your stick, you want to start with the opposite tactic: Keep the top of the stick close to your body to give the opposing player a false sense of security. Take your bottom hand off your stick, holding it with just your top hand. This will increase your reach once you do decide to poke the puck away, plus it leaves your other hand free if you need to hold up a player trying to get around you. With your top hand holding the stick, keep your elbow bent and your stick hand near your hip, so the stick stays close to your body. This can lure the rushing player to get too close because he thinks he’s outside your poking range.

When you think you have a good shot at the puck, stab your stick blade forward—without leaning too far and overreaching—toward the rushing player’s stick blade or the puck. The element of surprise is important, so don’t tip your hand by leaning forward before you begin the poking motion. Simply shoot your arm forward, pushing your stick blade on a path to intercept the puck. You don’t even have to touch the puck to make a good poke check; poking the blade of his stick and knocking the puck away is just as effective.

To avoid getting faked out, keep your head up and watch the attacking player’s torso and hands, instead of watching the puck. If you get too focused on the puck, you become vulnerable to tricky stickhandling. A player with good skating and stickhandling skills will try to goad you into committing yourself and then try to get around you while you’re off balance.

Other Situations to Use the Poke Check

The poke check can be a valuable tactic in other situations, as well—as a player skates across your path, when you’re both skating in the same direction, along the boards, or when a player is winding up to take a shot. Whenever you feel you can poke away the puck without compromising your own defensive position is a good time to attempt a poke check. Be careful of where your stick ends up after the attempt, however, or you may find yourself on the wrong end of a tripping penalty.

One final note: A sliding or diving poke check is an exciting play you sometimes see in NHL highlight reels, but it has a low chance of success. Even worse, by sliding through another player, you put both of you at risk for injury. If you’re not playing high-level hockey, you should probably avoid trying this advanced maneuver.

The best way to practice poke checking is to work with another player, creating one-on-one situations. Have him skate at you and attempt to get around you, while you work on maintaining proper balance, position, and poking technique. You’ll find that repetition will make you increasingly comfortable in this position, which will allow you to focus on finding the puck with your stick blade.

A hockey game is usually full of momentous, exciting plays—big hits, slap shots, breakaways—but it can often be the little things that make the difference between victory and defeat. The poke check isn’t all that dramatic, but it is a vital defensive tool that can stop an attack cold and might even start an offensive move going the other way. It’s not as simple as it sounds, and a poorly executed poke check leaves a defender vulnerable and can actually make things worse. Learning how to properly poke the puck away from an opposing player requires attention to detail, proper body position, a little bit of deception, and an awareness of how the attacking player plans to get around you. Work diligently on your poke check technique, and your teammates will be impressed! 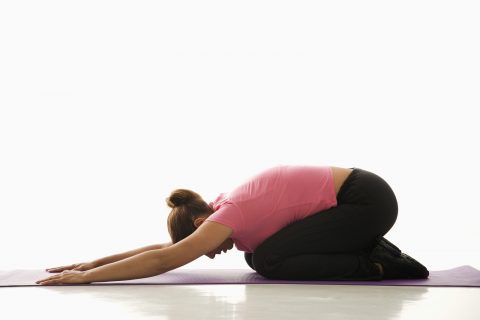