The need to buy a new stick is a foregone conclusion for every hockey player at some point: Whether you pick up a new one every year, every few years, or even between club seasons, there are a variety of reasons you’ll want to replace your old stick.

Your Stick Is Damaged or Worn

Significant wear or breakage is the top reason you’ll need to buy a new hockey stick. How long a hockey stick lasts depends on several variables, including the composition and quality of the stick, and how often you play. If you’re playing two or more seasons a year, or four or five days a week, you’ll buy a new stick more frequently because of wear or damage. Consider the life of your stick in terms of hours of play, like you would miles per gallon on a car. The more frequently you play with a lesser quality stick, the more often you’ll replace it.

You Want to Upgrade

Upgrading is the most exciting reason to buy a new stick. Maybe you’ve been handicapped by the quality or performance of your stick, maybe you want to try out new tech, or maybe you just want something different. There are countless reasons to upgrade your stick, including these:

When Do New Hockey Sticks Come Out?

New hockey sticks are released throughout the year, depending on the brand, but you can usually count on a majority new hockey product releases arriving at Pure Hockey starting in summer, while a few brands release new sticks in the fall and winter. Most makers plan their release calendars to allow players to purchase before the start of the core season. For the most up-to-date hockey stick product release info, subscribe to our newsletter.

The Best Time of Year to Buy a New Stick

If you’re able to choose when you want to purchase a new stick, you might prefer to wait until the new models are released by the different companies—that way you can get the latest and best designs. If you’re looking for a bargain, you may want to wait until the core season is over and the previous year’s models go on sale. This is at about the same time the new products are released, so in either case, you’ll need to wait until late spring or early summer. But if you’re planning to wait for end-of-season sales, remember that stock will be limited, and often the most popular sticks are already sold out. So if you know what you want, buy early.

Are you a defender who has been dreaming of the glory of scoring more goals as a forward? Or are you a forward who knows that defense is the first line of offense, and you’re looking to move to the back? There are a number of reasons to switch positions, like changing clubs or leagues and filling holes within the roster. When you find yourself making a major position change, you may want to shop for a new stick. While you certainly can use the same stick as a defender or forward, a new stick can offer quick release, stick handling, flex and kick point characteristics that you may prefer as your style of play changes from poke checks and outlet passes to a significantly higher percentage of slap shots, or vice versa.

Buying a new stick is an exciting opportunity. For many, it’s second only to the excitement of buying new skates. Take time to research what you want from your new stick so you’ll know what to buy when the time is right.

How to Increase Protection with Additional Hockey Pads 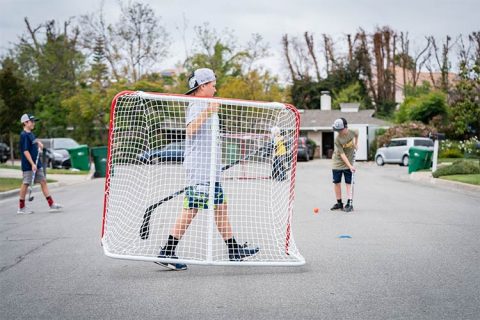 Getting Set Up to Play Street Hockey